A dunce refers to a person incapable of learning.

In short, a moron.

And the DAP is filled to the brim with it. Let us start with evangelist Nga Kor Ming whose response to PAS severing ties with PKR is to say that the PAS Ulama use religion as a front. 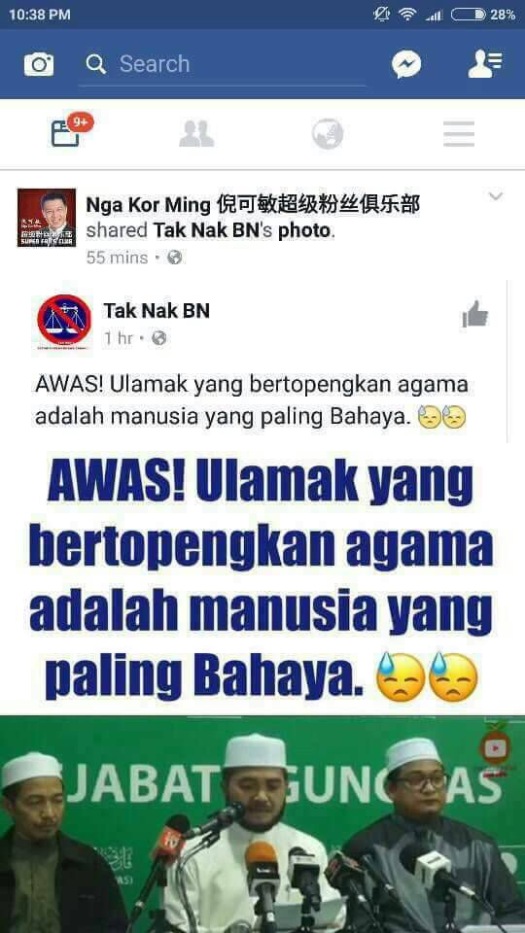 But this speaking before the brain neurons could connect is a character very peculiar to Nga Kor Ming.

However, the statement below is true. 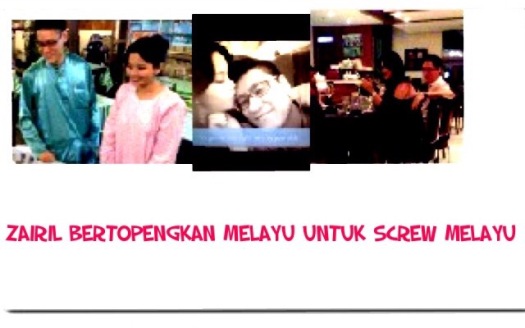 And I say that the DAP is filled to the brim with morons such as Nga Kor Ming simply because they call themselves lawmakers and want to govern this country.

Yet they know nothing about the Federal Constitution or the laws of the land when they fight, as they claim, for their rights.

For example, they are willing to breach the Federal Constitution when they select their election candidates. 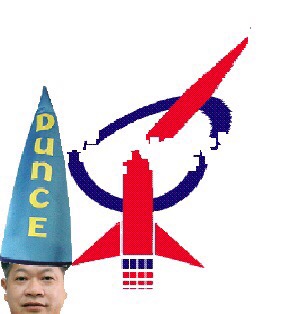 Ting found himself the target of attacks last year when someone claimed that he is in fact a naturalised Australian citizen. 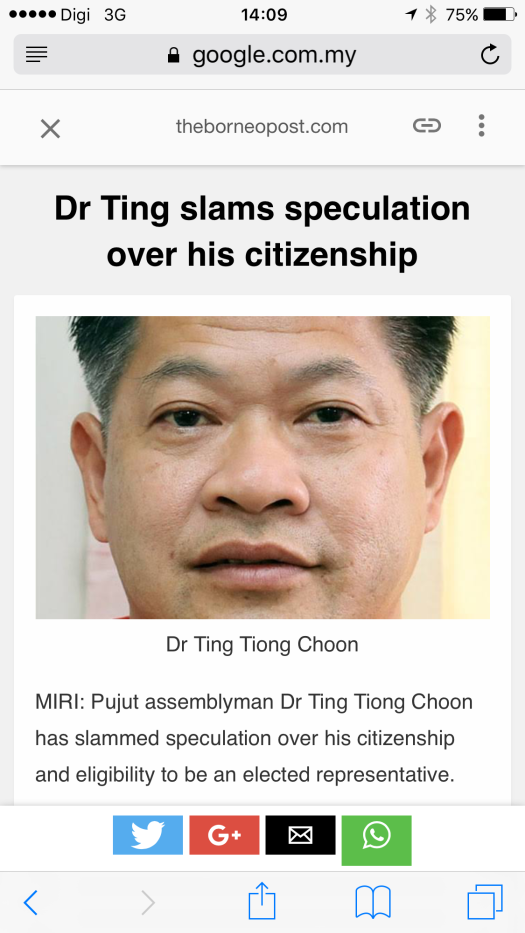 Today, it has been proven that Ting had taken up an Australian citizenship which automatically annuls his citizenship of Malaysia as per Article 24(1) of the Federal Constitution.

He is an Australian citizen who had contested in one of OUR state elections! 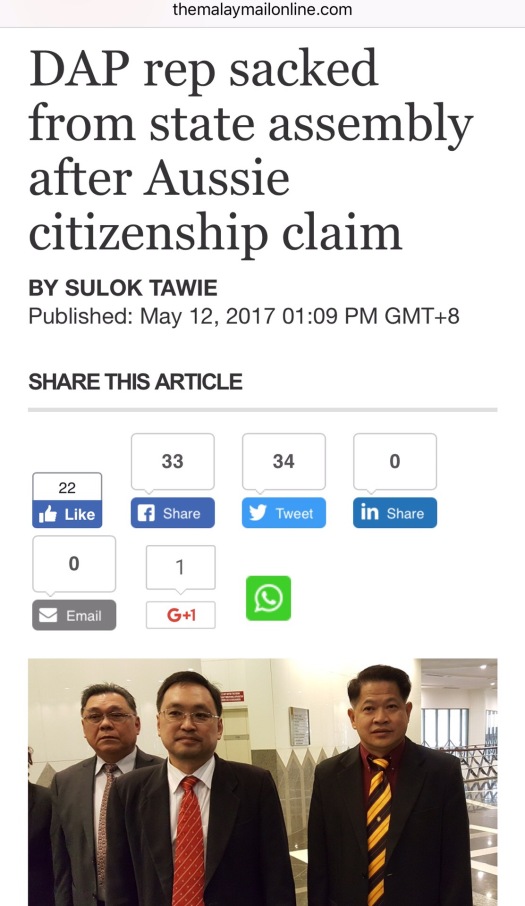 Yet, in a press conference aired on the DAP’s Facebook Ting said that although he had taken up an Australian citizenship, he never lost his Malaysian citizenship. 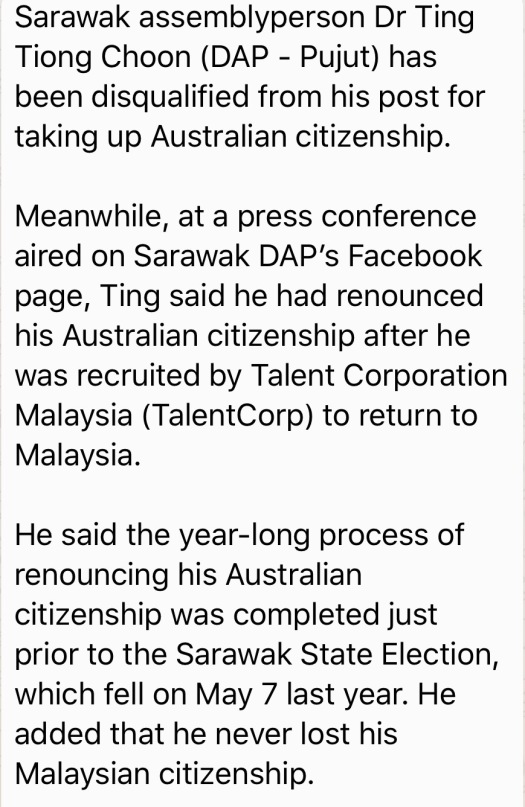 And this is the person you voted into office and expect him to fight for your rights according to the Federal Constitution?

What is wrong with you people?

Now you can see that even the so-called learned leaders and LAWYERS in the DAP are ignorant of the Constitution!

Either that, or they would breach the Constitution and break laws as long as they come into power.

And that, my friends, is dangerous as you would be coting in people who advocate lawlessness. In simple language – gangsters.

As for Ting Tong, he can go sit in the corner until he grows a brain. 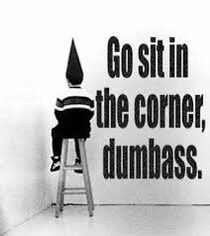 It makes me wonder now – what kind of monkeys is TalentCorp bringing back? 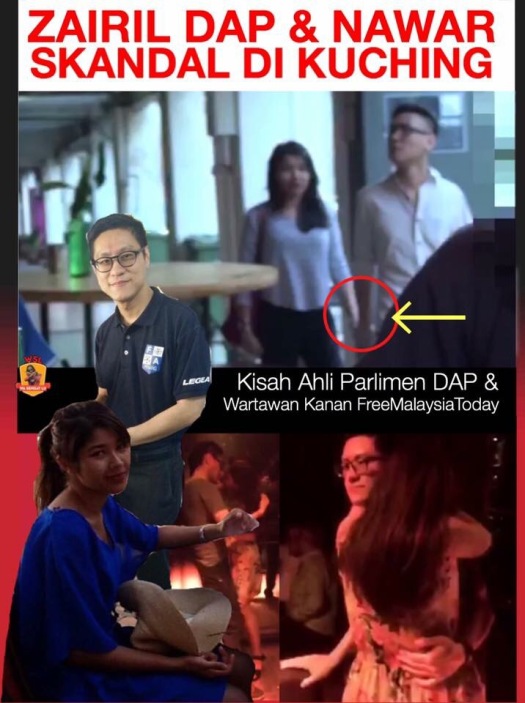 Nawar Firdaws is also said to be the girl seen intimately dancing with Zairil Christopher in several photos at a drinking hole in the Hartamas area.

She is recognised for almost always writing against Islamic preacher Zakir Naik. 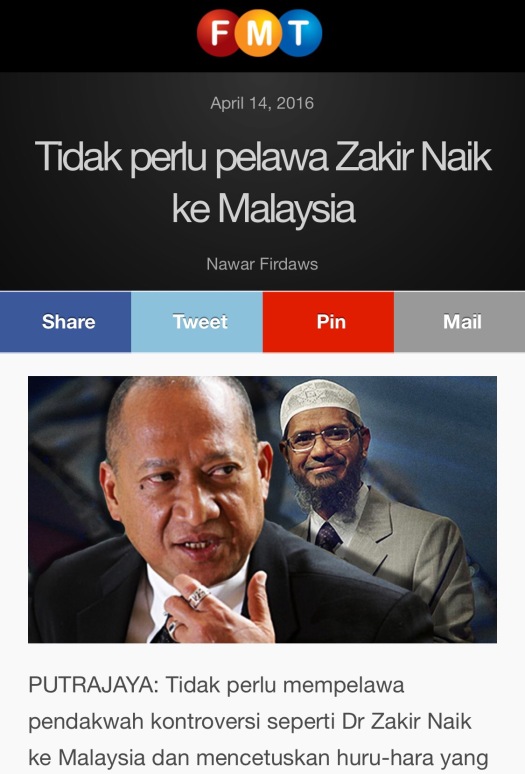 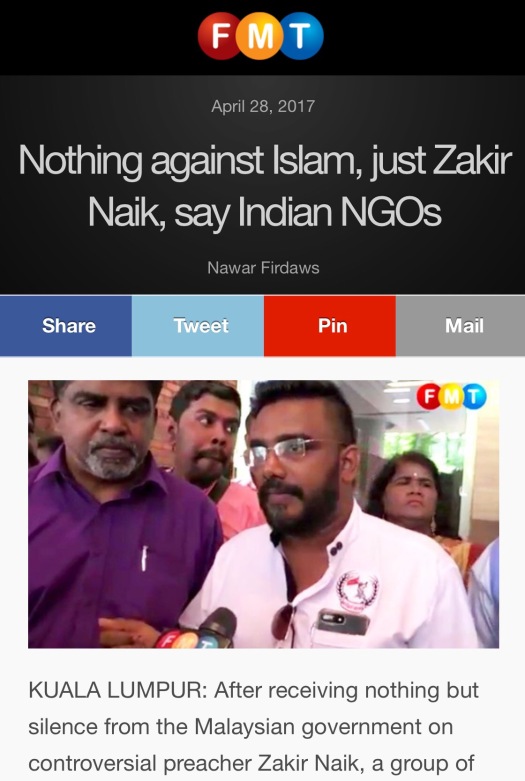 Both the DAP and web portal FMT are still silent over this issue. 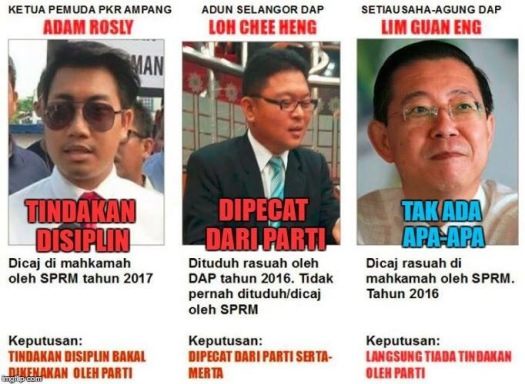 This is the general style of the Pakatan that fights for the people. Those who are not in the circle of those in power will get chucked out while those who rub shoulders with party supremos get away with murder.

For instance, Rafizi Ramli who is from Wan Azizah’s camp and had been found guilty in a court of law on at least four occasions for incitement and slander is still regarded as a hero.

Adam Rosly who is not from Wan Azizah’s camp, charged in court for giving false statements to the SPRM will be given disciplinary action by PKR.

Loh Chee Heng, the Selangor ADUN accused by the DAP of corruption was expelled from the party. He has never been charged in court for the alleged corrupt practice.

Yet, Tokong Lim Guan Eng, the Chief Corrupted Minister of Pulau Pinang, is still running the administration of both the Pulau Pinang state government and the DAP. He was charged in court for corrupt practices while being in office, the same way some Javanese guy was jailed for.

Meanwhile, the always Missing-In-Action MP for Gelang Patah, Emperor Lim Kit Siang, has been going around meeting voters in Pulau Pinang – something he does not do in his own constituency. 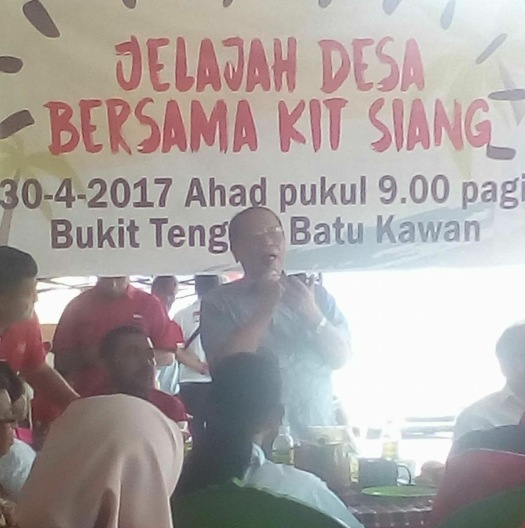 Dà Shi Kit Siang knows that it is only a matter of time that his son the Tokong will be languishing in jail and somebody needs to keep the Lim Dynasty in power.

Of course the Tokong will never get expelled from the DAP for being corrupted. That is how it works in North Korea as well.

And neither will FMT be giving it much coverage either. The only thing that would be of interest to the portal’s writer is Zakar Zairil Naik.

A friend of mine was very angry when the photos of Christopher Zairil and girlfriend Dyana kissing and drinking was spread on social media.

I asked him if he was angry that Christopher Zairil cheated on his wife for the umpteenth time?

“No!” he replied. “How can it be cheating if he is allowed to have more than one wife?”

“He lies to everyone every time this happens! Has he gone to make a police report to say that the photos are fake? Neither has Dyana!”

This is quite true. These trusted aides of Tokong Lim Guan Eng and Emperor Lim Kit Siang respectively have not gone to the authorities to say the photos are fake. All Christopher did was to say they were fake while Dyana likens the act as an intrusion of privacy without even denying that she was not in the photos.

And this time around, the Inspector-General of Police, Tan Sri Khalid Abu Bakar, himself has confirmed that no report has been lodged by either Christopher and Dyana. 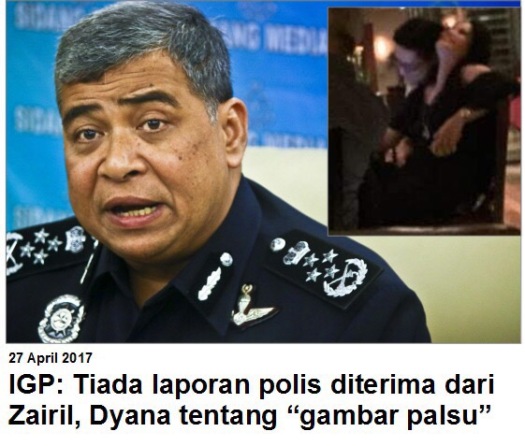 And…neither Christopher nor Dyana have responded to journalists asking if they have filed a formal complaint.

These are the Muslim faces DAP plants to show how friendly they are towards the Muslims, and sadly, some fall for it.

Christopher Ross Lim, the Chinese male from DAP also known as Zairil Khir Johari, has denied that the person seen kissing with the woman who looks like Dyana Sofya, also from DAP, is him.

“No, it’s not me. They are all fake and that is all I have to say,” he was reported to have said in a WhatsApp message to The Star. 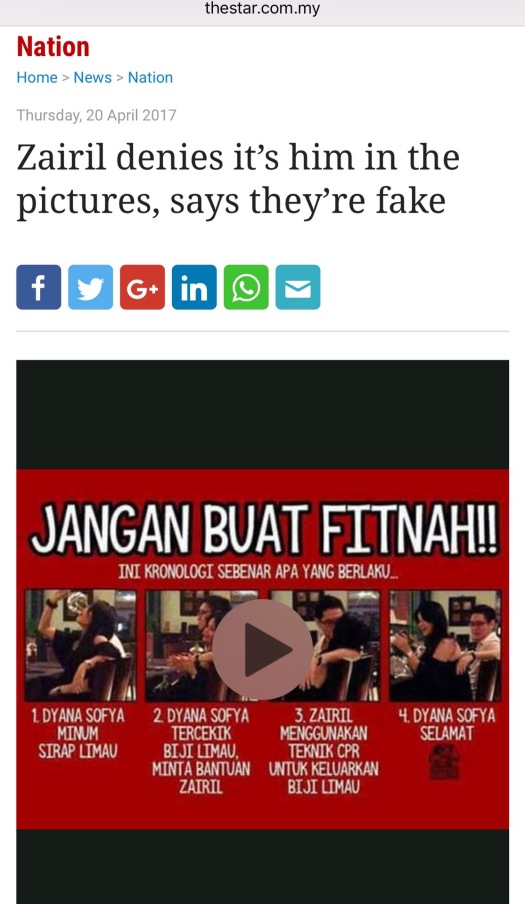 The woman said to be in the photos, Dyana Sofya, has not denied that she is not in the photo.

In her Facebook page, she alluded that the general elections is near and that it was an intrusion of privacy.

“This is the third personal attack within two months, I assume the general elections must be very near. No matter who is in the photos or videos in which I allegedly feature, these are major privacy intrusions into that person’s life.”

“I am sad that our political culture has gone to this. I have no time to entertain this type of personal and vindictive attacks,” she wrote.

Of course the above rule does not apply to Najib Razak and his wife Rosmah Mansor when DAP attacks their personal life. 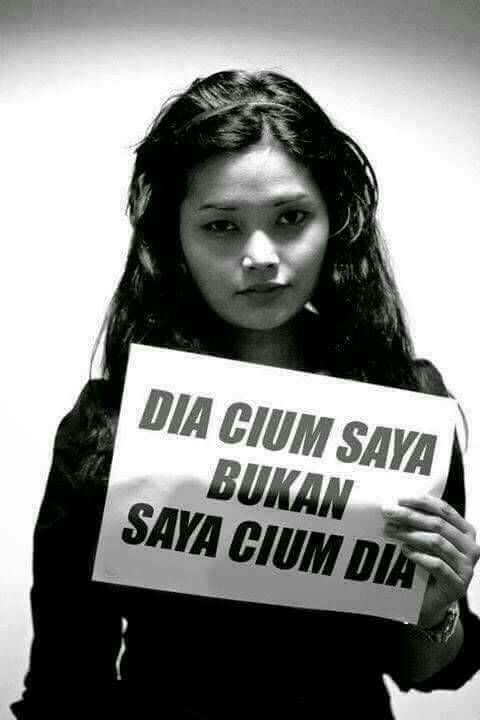 Meanwhile, in our search for the truth we have found the man said to look like Christopher.

Mr Kow Loke Chat, 42, of Bukit Bendera, admits to be the one kissing Dyana.

“I know you may not believe this but if I put on my suit and bow tie I look better than that Malay-wannabe Chinese boy,” he said.


Loke Chat attributes his youthful good looks to waking up early, peeing while squatting while facing the rising sun, and a good dose of moonshine at night before turning in.

We urge our readers who were born yesterday to believe that this is the man in those photos.