Doris “Dorie” Miller was a Petty Officer (Sergeant equivalent) Ship’s Cook Third-Class on board the battleship USS West Virginia in the US Navy. That was about the only trade available for African-Americans when World War Two broke out.

It was a time when racial segregation and discrimination was strong in the US of A.

Miller was never given any training to handle any weapon but took it upon himself to man a .50-caliber Browning anti-aircraft machine hun to shoot at Japanese airplanes.

Despite working in a system that discriminates him, he gave his all for his country as expected of him. 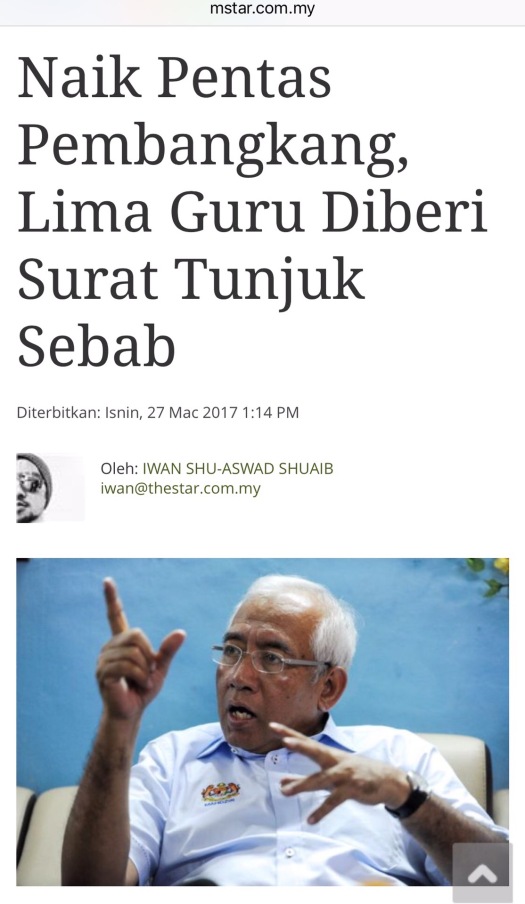 In Malaysia, civil servants have integrity problems. Five teachers have been slapped with a show-cause letter each for participating on an Opposition stage openly criticising the government-of-the-day. 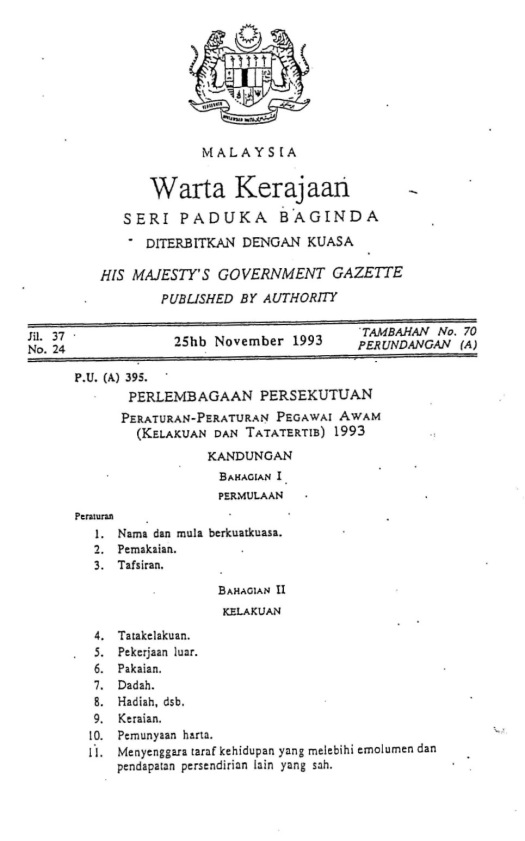 When I was an Officer Cadet my instructors told me that as an Officer of His Majesty’s Service I must remain impartial at all times but may vote for those whom I think deserves to represent the people.

Civil servants must remain impartial as they represent the government. This ensures that integrity of the civil service and the trust of the people are not affected.

The Ministers who head each of the Ministry are elected into their positions, get a feel of what is happening on the ground before formulating policies to steer the machinery of the Ministry he or she is in-charge of in line with whole direction the nation is moving towards.

I turn it is for the civil servants to implement these policies on the ground and ensure the effectiveness of the policies, if not, provide feedback. They are not independent from the government-of-the-day they must serve and for that their impartiality is paramount.

Therefore, civil servants must refrain from openly expressing their political views what more stand on a political stage spewing hatred and anger towards the government they work for. 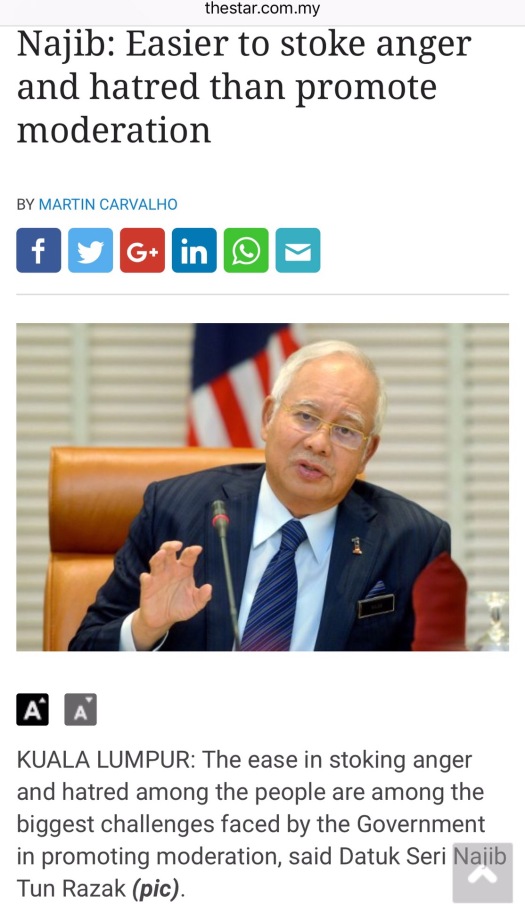 Even the Prime Minister lamented that the government is facing a huge challenge as it is easier for the people to stoke anger and hatred.

The tactics to incite and spread hatred and anger now ate the same as the ones used to create racial and religious disharmony and hatred towards the government in the months preceding the 13 May 1969 tragedy.

It is made worse now as disgruntled civil servants now join in the fray and speak against the government thinking that it is part of their democratic rights.

The need for teachers to preseve political impartiality was stressed even in Indonesia by Vice President Jusuf Kalla. 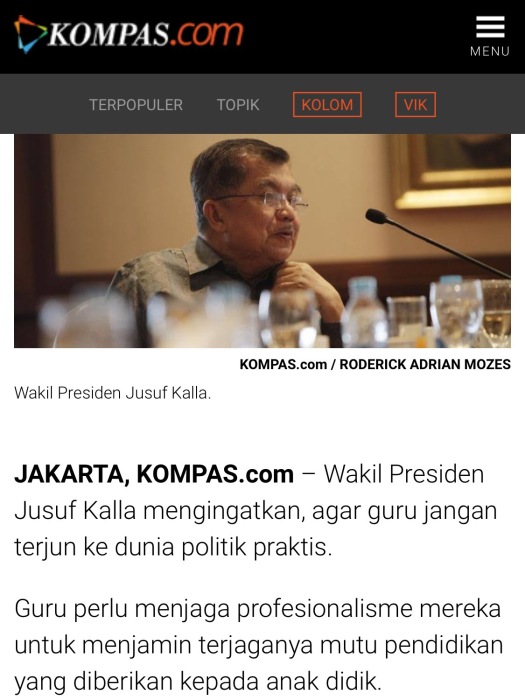 He said that teachers need to instead maintain their professionalism and focus on providing education to students.

In Singapore, the need for civil servants to remain politically impartial is enshrined in its Civil Service Code of Standards and Behaviour. 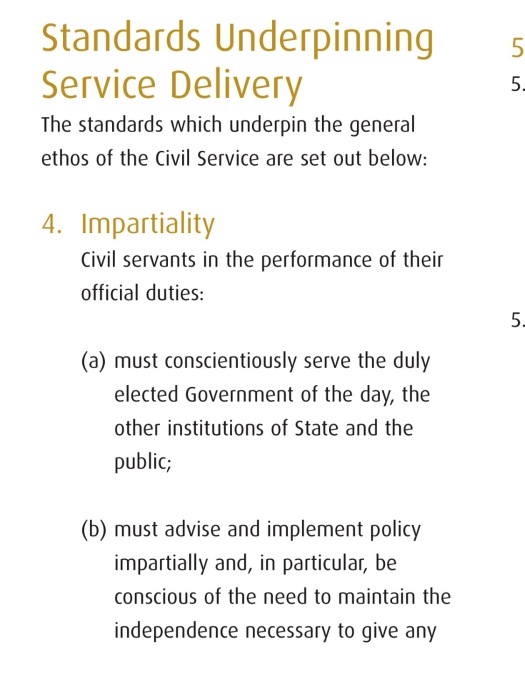 It says that the civil servants must conscientiously serve the government-of-the-day.

Political impartiality is also important to maintain public confidence in the civil service. 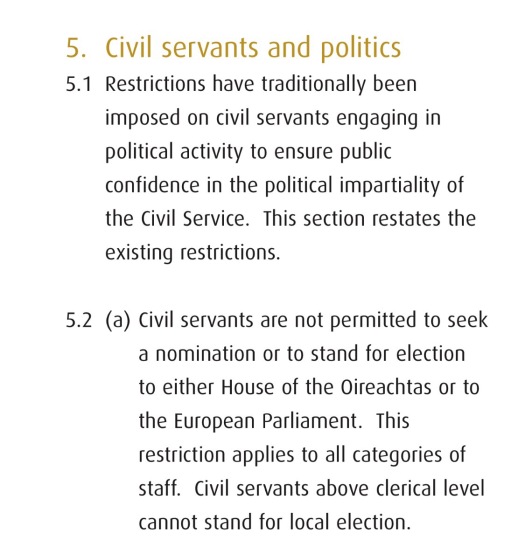 For this I agree with the Education Minister that although Malaysia is a democratic country and it is within the rights of the five teachers to support whomever they wish to, the teachers are still subjected to the regulations for civil servants.

“If they are teachers, appearing on the Opposition stage criticising the government, and there is slander and malicious intent then it is better for them to leave the teaching profession and contest in elections,” added the Minister.

Ask yourself what would you do if your domestic helper openly criticise you in front of your neighbours?