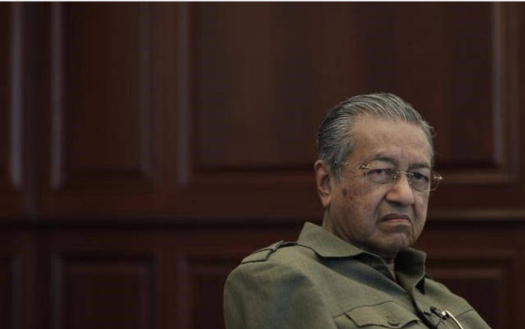 The Emperor has spoken.

In a statement posted by Malaysiakini his Lordship has made it clear that in order for the economy to recover, the rebel Najib Razak must he removed. Only then will worldwide commodity prices rise, China’s stock markets will improve, oil prices will hit USD200 per barrel, the oil and gas company Hercules will rise from the dead, and oil and gas companies like Technip, Schlumberger etc will reinstate tens of thousands of workers who lost their job because of Najib and the 1MDB.

In a related development, the Jawas on Tattooine have also complained about plunging sales of used droids saying the steep rise of the USD against other galactic currencies have hurt their livelihood.

It is a known fact published by the various zombie-portals that Najib Razak, the rebel from planet Pekan, has been undermining the economy of virtually all star systems within this galaxy.