My pro-BN friends may not like this post. Just when they were having it good with this:

Then they decided that since they have the ammo to attack, they might as well use them all up: 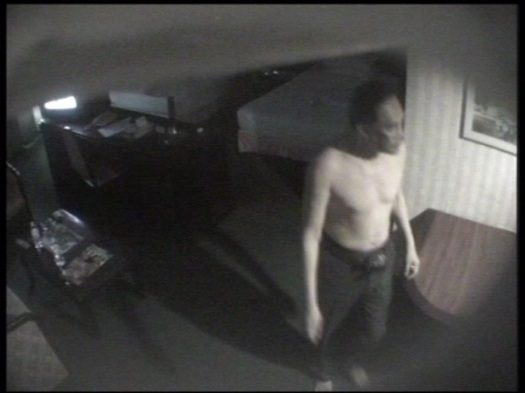 In my opinion, it is good when you have all that ammunition and firepower, but it would also be equally good to know when to use what.

The Manila Times and Reuters articles linking Anwar Ibrahim to the incursion by Sulu militants, coupled with the death of nine of our servicemen in action against them, caught Anwar off-balance and was on the verge of falling down. His signature reactions of denials and threats to bring to court local mainstream media over the allegations, but not sue the foreign ones, underscore his guilty-conscience. Both the mainstream media and pro-BN websites were already all over him.

There was a brief attempt to divert the attention of all when the father of his purported sodomy victim made an about turn and announced that his son (the victim) has been part of a conspiracy to have Anwar found guilty of the act in order to deny him the chance of becoming the next Prime Minister of Malaysia. However, events in Lahad Datu proved overwhelming; and for a moment it seemed that it was almost game over for Anwar, as far as they eyes of those labelled as “the grey voters”. There was nothing more infuriating than having a Parliamentarian being instrumental in the act of aggression towards His Majesty’s security forces.

Then, before the public could grasp the gist of the whole situation in Lahad Datu, pro-BN websites started putting up screen captures of someone who looks like Anwar Ibrahim, in an intimate act with another male inside a hotel room.

To me, it is not even an overkill. It is rather like letting loose your ammo a la John Rambo, hoping to strike something. Instead, only the cheerleaders cheered while some other pro-BN supporters retorted. For the pro-Anwar, the standard-issue answers came out, ranging from the usual “it’s not him” to “this time they have found a much slimmer actor to match Anwar’s tummy.”

For the grey voters, this is a proof that both sides embark in gutter-politics. It is also a sign to them, although it may not be true, that the government cannot find a strong link between Anwar and the Sulu militants that the government had to resort to punching below the belt to get at Anwar before the next general election.

I don’t know why this issue was brought forth. Anwar’s sexual preferences is a foregone conclusion. you can find legal documents affirming this. At this juncture the pro-BN sites should just focus on the efforts of the BN government in assisting the people, instead of playing the same game that the pro-PR sites are playing. The saying “If you can’t beat them, join them” does not apply in this situation. You do not simply join those who swim in filth to prove that you could do it too. For those who support Anwar will continue to support him, just as those who attack him are staunchly BN. Not one person from either side is going to change his or her mind just because they see the clips of two men fondling each other.

What the pro-BN sites should remember is there is no use in trying to change those who are Black into White; but rather change the Grey into a lighter shade. Unfortunately, this is not how some see it. It is their loss as they may find a high turnout in the next elections but still with a high number of protest or spoilt votes.

It would be an interesting election-results night.