I did not say that. Khalid Ibrahim did, on 19th July, 2010! In fact, he and his band of experts including Elizabeth Wong refuted claims that Selangor would need water rationing come 2014, dispelling claims by experts from the water industry that it would. Khalid went on to say that there is no need to hasten the Langat 2 water treatment plant project citing his experts’ view that there would be enough water in the state until 2019! Best still, his sympathisers went to town planting seeds of hatred and paranoia saying the BN government would pull no punches in proving that there would be water rationing come 2014.

Again, I did not say that. Khalid Ibrahim did. I guess by now people should realise that even with a god-sent character in PKR, God has decided to side those who are in favour of the Langat 2 water treatment plant project.

Just quit playing politics and give us our treated water! 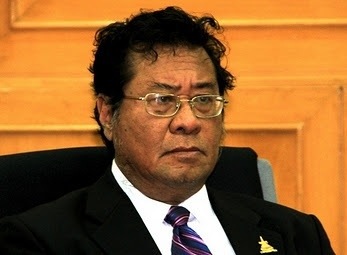 3 Replies to “Enough Water For All In Selangor”