When Selangor decided to end the scheduled water-rationing end of April 2014, I often wondered the reason such a decision was made, when it was clear then that the water levels at dams supplying much of Selangor and Kuala Lumpur were far from being at their optimal level. That decision came about after residents and PKR’s governing-partner DAP went ballistics over the hardship everyone was facing. The Menteri Besar, Abdul Khalid Ibrahim announced the end of scheduled water-rationing because there would be enough water to last till at least September.

The El Nino that was anticipated by both meteorologists and water industry experts since the late 1990s hit Peninsular Malaysia early June. I kept telling my wife that there will come a day this month that water-rationing would commence again.

Let us see what the Selangor Exco told the press on 17th June 2014: 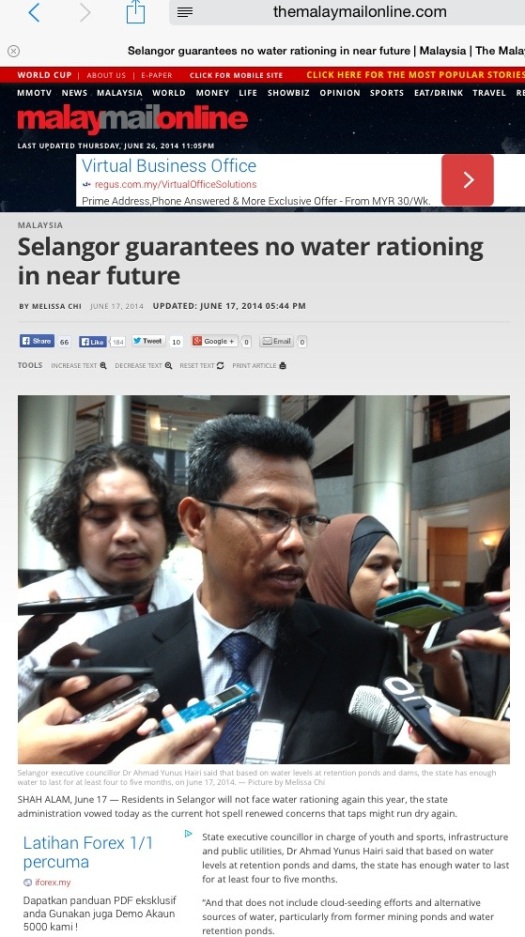 This Exco guaranteed us that there would not be any water rationing in the near-future!

He even said we need not worry as the current water supply is sufficient for the next four to five months!

Suddenly, nine days later we find the Selangor river without sufficient water to be supplied to water treatment plants: 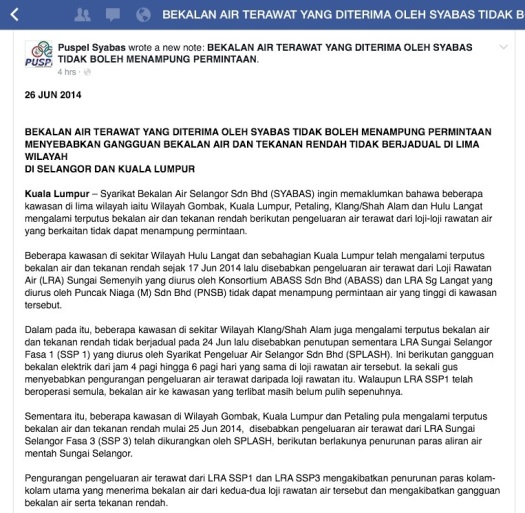 Another guarantee unguaranteed! Well, what do you expect from a state government that publicly declared its election manifesto does not equate election promises?

One Reply to “Guarantees Unguaranteed”