It is a well known fact that Mahathir hates his Kutty-blood so much that anything that has to do with the Indian diaspora would be bad for him unless he could subjugate them and they become subservient towards him. Veteran political watchers would understand what I am referring to.

I still remember when the first two Malaysians summitted the Everest in 1997, RTM being the official media carried a live cross from the Everest base camp where jubilant Malaysians who never made it to the top were seen celebrating in the background just as Mahathir, who was the Prime Minister then, was talking to the Chef de Mission. When told of the identities of the two Malaysians, Mahathir asked, “Siapa lagi? Itu aja?” (Whom else? Only those two?)

It was a proud moment for Malaysians but you cannot help but hear the tone of disappointment in Mahathir’s voice. I Googled to find reference to that moment but had found just this:

It was for that reason the subsequent expedition, which I became part of, was a 100 percent Malay expedition. As part of the organising committee and the Deputy Jump Leader, together with another ex Air Force officer, Lt Aziz Ahmad, we were tasked to select freefallers from the Wilayah Skydivers, the Army’s Grup Gerakhas, the Navy’s Pasukan Khas Laut, the Police’s Komando 69, and of course from Aziz’s and my former unit, the Air Force’s Pasukan Khas Udara. TV3 was selected as the official media.

We had a fellow skydiver who was from the Transportation Corps that we would have liked to have on board but he was an Indian and was not allowed to join the team. Likewise, TV3 mustered its best documentary team and sent its best journalist who was also trained by NatGeo, the renowned Karam Singh Walia. Our Chef de Mission, the late Abdul Rahim Dahlan aka Rahim King told TV3 that no Indians were allowed to join us to the North Pole.

The damage to my friendship with the Indian officer was irrepairable. He would make fun of me to others while I had to keep myself calm and not reveal the reason his name was rejected to protect the Prime Minister from being hated by a military officer. And I never did for 18 years – until today.

All of us in that expedition to the North Pole were patriots in the face of the possibility of dying at the North Pole – and Mahathir’s vision of Malaysia Boleh.

For whatever reason, Mahathir is never proud of who he really is. He is neither Indian, nor as he claims to be – a Malay. In Penang, he would be referred to as a Kling. I could name many great Indians right from Ashok to Narendra Modi, but not a Kling one. Mahathir was great to me but only because I thought he is a Malay.

Mahathir was so great to me that when he left UMNO, I left too in 2004. I dumped my AJK Bahagian and Ketua Cawangan posts and left politics, not that I was really a politician. The only difference is I am not the hypocrite Mahathir is, so when he rejoined, I stayed out.

However, I continued to support Mahathir’s stance in almost anything and had great doubts in Najib especially when the latter was all silent at the beginning of the 1MDB hoo-hahs. That was all true until the Kling in Mahathir surfaced. He started blabbing about Altantuya, changed the 1MDB goalposts and figures several times; it was almost as if he was just casting a net to see what could be caught. When he began to sound ridiculous and helped the Opposition attack Tabung Haji, I decided the old man had gone bonkers.

I was always a pro-Mahathir. When he fired Anwar Ibrahim in September 1998, I stood outside Anwar’s official residence with a few other friends from the Kelab Bekas Komando Malaysia among the hundreds that gathered, wondering what has happened. It was the night I made my choice to support my Prime Minister because he was then my Prime Minister.

To see him now holding hands with those he incarcerated and when he was in power just whonare also those who want to undermine the sanctity of Islam in this country, so he could oust the current Prime Minister, is heartbreaking for lack of a better word. You don’t burn your house down or work with outsiders just because you have a quarrel with a sibling. Like it or not, Najib is the elder brother in UMNO and Mahathir has to respect that. He should not have resigned in 2003 if he cannot accept that his successors would have their own style and once gone he is a has-been. Working with the enemies of your party just so you can save the party is just a stupid excuse to cover up one’s insidious personal agenda.

And until Najib is found guilty ina court of law, I will continue to support him as the Prime Minister of this nation.

So who is the only other Kling that I could think of who has made it to the history books? Raja Mudaliar aka Raja Mendeliar – the Kling that helped the downfall of the Melaka Empire.

Life of Annie had every reason to disagree with my calling Mahathir Mendeliar a few months ago. I guess Life of Annie has now seen Mahathir’s colours.
On the bright side, Mahathir’s reverse  metamorphosis from a statesman back to the kling he originally was, has brought about some good for the economically oppressed Malaysians whose holidays are mostly spent abroad. 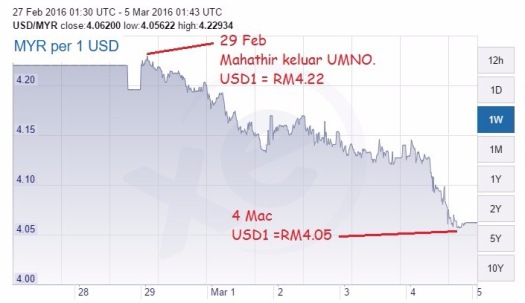