A friend of mine was very angry when the photos of Christopher Zairil and girlfriend Dyana kissing and drinking was spread on social media.

I asked him if he was angry that Christopher Zairil cheated on his wife for the umpteenth time?

“No!” he replied. “How can it be cheating if he is allowed to have more than one wife?”

“He lies to everyone every time this happens! Has he gone to make a police report to say that the photos are fake? Neither has Dyana!”

This is quite true. These trusted aides of Tokong Lim Guan Eng and Emperor Lim Kit Siang respectively have not gone to the authorities to say the photos are fake. All Christopher did was to say they were fake while Dyana likens the act as an intrusion of privacy without even denying that she was not in the photos.

And this time around, the Inspector-General of Police, Tan Sri Khalid Abu Bakar, himself has confirmed that no report has been lodged by either Christopher and Dyana.

And…neither Christopher nor Dyana have responded to journalists asking if they have filed a formal complaint.

These are the Muslim faces DAP plants to show how friendly they are towards the Muslims, and sadly, some fall for it. 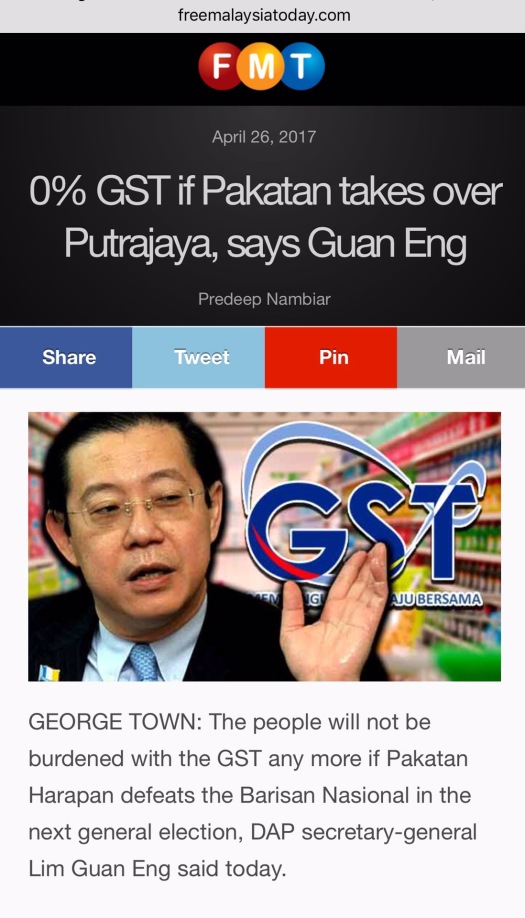 After Nurul Izzah announced that the GST is to remain if Pakatan comes into power, Penang’s charged-with-corruption leader Lim Guan Eng aka Tokong has corrected Nurul Izzah’s statement by saying the GST will be zero-rated for all.

In other words, no sales tax would be collected.

Going by simple bookkeeping convention if you lose something, something has to gain.

For example, according to Tokong the hike in penalties does not translate into higher water tariffs. What Tokong is saying is that if I loan you RM10,000 and ask you to pay me back RM1,000 a month plus RM500 in addition to that as a penalty, it means that you are only paying me RM1,000 even if your pocket is RM1,500 lesser every month.

This is the logic given by Tokong to justify his wanting to increase water tariffs for the fourth time since being in power.

His excuse that it is to reduce wastage is actually his way of telling his DAP comrades in Selangor that they are all idiots for giving out free water and encouraging wastage.

Well done Teresa Kok et al – Tokong has just proven me right about you and your fellow idiots in Selangor.

The Penang State government, being the largest holder of paid-up capital (55 percent) for the Perbadanan Bekalan Air Holdings Berhad (PBAHB) through State Secretary Incorporated (SSI) had also increased the raw water intake fee from 3 sen per cubic meter to 6 sen since January 1st.

Perbadanan Bekalan Air Pulau Pinang Sdn Bhd as the operator then has to incorporate this increase into its treatment and production costs and pass that on to the consumers.

And you wonder why tariffs have been increased four times?

The best part is that Tokong had the cheek to ask TNB to reduce electricity tariffs. 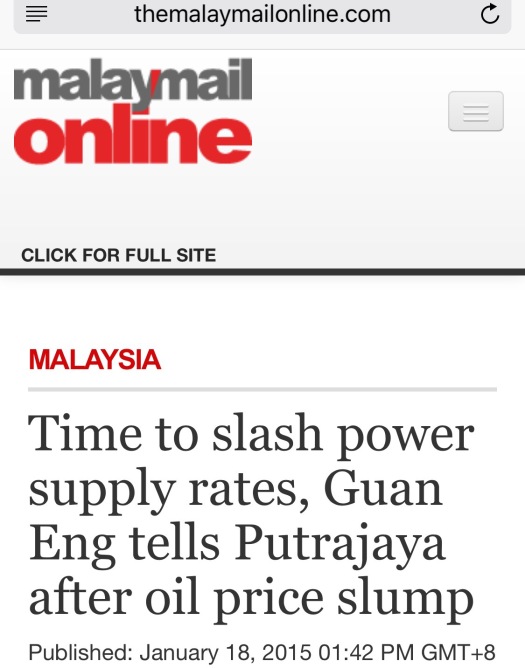 If Tokong is so concerned about costs being passed down to the consumers, why hasn’t he fulfilled his 2008 election promise to abolish the Sungai Nyior toll?

– Never had any water rationing before.

– Penang Bekalan Air (PBA) is the company that supplies and manages water in Penang.

Penang BN never bragged about this accomplishment while in power)

– Never had any water rationing before.

– Penang Bekalan Air (PBA) is the company that supplies and manages water in Penang.

– 4 increases in water rates and surcharges in 9 years since 2008.
DAP brags about this all the time claiming that due to good governance and CAT that Penang has never had any water rationing, Lowest NRW, lowest rates etc – exactly as the decades before DAP took power.

MORAL OF STORY: You need to be an arrogant lying braggart with no shame in taking credit of other people’s work in order to stay in power.
LSS.

Tokong is not pleased with the attacks against the hike in water tariffs, especially when he cannot refute what were said by especially Rahman Dahlan and Lim Sian See.

“I don’t know why BN does not understand ‘ilmu hisab’ (mathematics). Don’t tell me they do not know what zero means? Zero means nought, ‘kosong’, ‘ling su’ and ‘suzhiyam,’” Lim said at a press conference in Komtar, giving the words for “zero” in Bahasa Malaysia, Mandarin and Tamil.

We surely know what it means. You were referring to your IQ, Tokong.