The Malaysian Indian Congress (MIC) which is a component party of the ruling Barisan Nasional is at loggerheads with the Registrar of Societies as the latter had detected irregularities in the MIC party elections. As such, the RoS had instructed the MIC to hold another party elections or something to that effect. The party’s President, G Palanivel has thus far disobeyed the RoS instruction.

Enter the party’s Secretary-General, Kumaar Aamaan, who some say is the illegal Sec-Gen given that the RoS did not recognise the party elections thus rendering all appointees illegal. He went to the RoS office and went on a hunger strike: 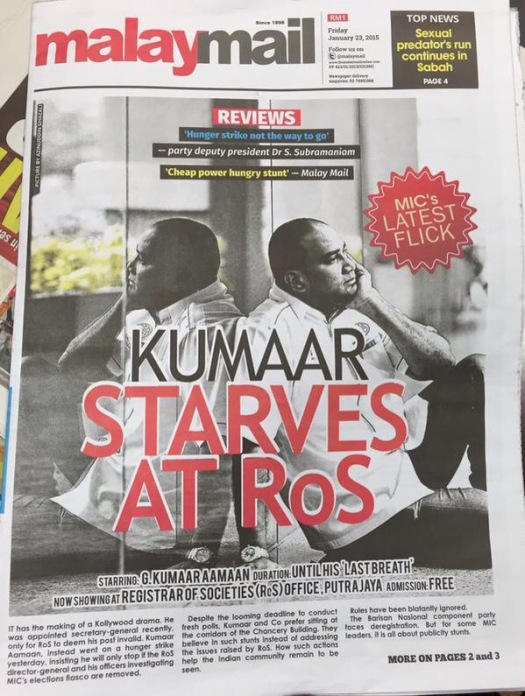 He also declared that he would fast until his last breath:

Then he said because of his hunger strike, he received a death threat: 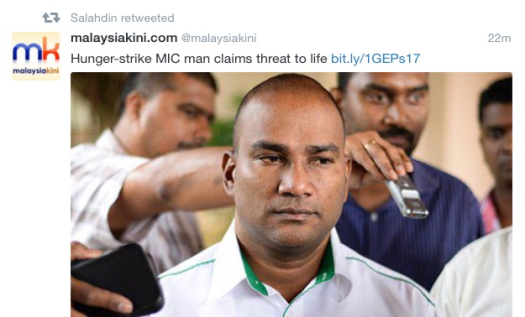 Now, why would anyone bent on dying for his cause feel threatened by a death threat? It does sound funny, doesn’t it?

I really think he was feeling very hungry at that point: 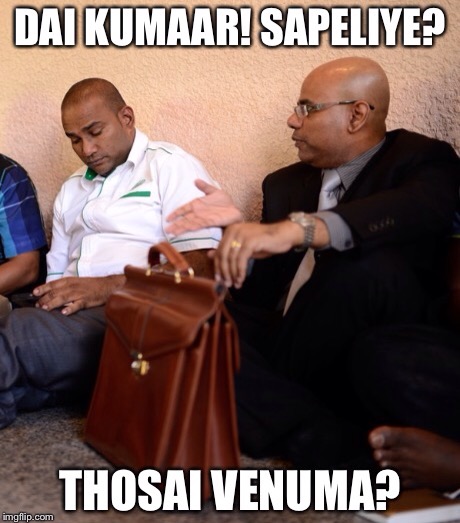 And just as I thought he would sit there through the weekend in front of the RoS office, all skin and bones, came the shocking news:

SAY WHAT???? You said you were going to fast until your last breath! Are you hungry?

That is the Drama King who has turned the much-respected MIC into another lawless DAP. If you think that that’s funny, wait until the next bomb I am about to drop:

WHERE ARE THOSE BN PEOPLE WHO MADE SO MUCH NOISE ABOUT THE DAP DISOBEYING THE INSTRUCTION FROM THE ROS LAST YEAR? WHY HAVE THEY ALL GONE SILENT?

Now you may laugh and wonder.