Or so the saying goes.

In the times of ancient Egypt, most famous Pharoahs died young. Tutankhamun was 18, Siptah was 16, Seti I was 40, Smenkkhare was 21, Akhenaten was in his early 30s, Hatshepsut was 50, Amenhotep III was in his mid 30s while Thurmose III was 54.

The most vile of them all, Ramses II, lived until the age of 91. He is the most remembered Pharoah, the most powerful, built most monuments and lived longer than other pharoahs. 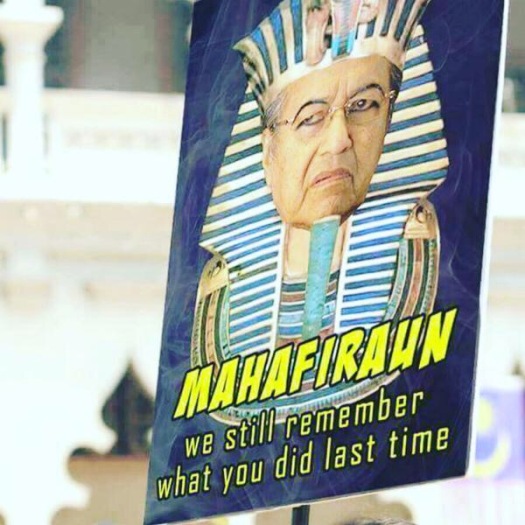 Mahathir is 90. He too built monuments: PLUS highway, the white elephant called Dayabumi, KLIA, KLCC to name a few. Lives longer than all his predecessors. He was most powerful during his time, a habit so hard to break.

Four months ago, he feared for his legacies. Today, he states his fear by saying what others had said about his obsession for overbuilding legacies such as the Dayabumi, the KLCC and the KLIA. He has stated his objection to the KL118 Tower, formerly known as Menara Warisan Merdeka.

It seems that his concern is baseless except if you look at it from his angle. The KL118 Tower will tower over the Perronas Twin Towers it seems.

No wonder the old fart is crying a river over a dying legacy.