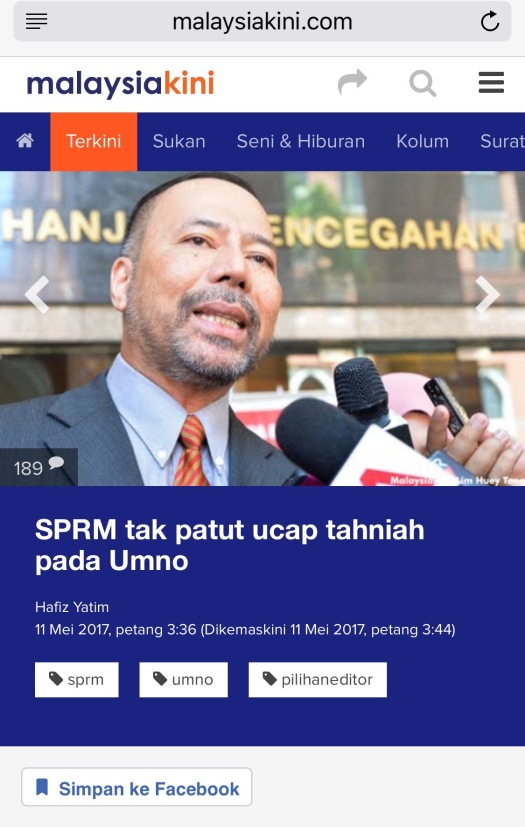 Mr Botox is not someone whom I take seriously but sometimes it’s nice to just whack him silly.

His latest tirade is against the MACC for the latter’s press release congratulating UMNO on its 71st anniversary.

MACC’s statement is as fair as you can get in its effort to make corruption the people’s enemy.

The MACC penned its hope that UMNO would support its Gerakan Anti Rasuah (GERAH) drive to rid the nation of corruption.

Khairuddin asked why has the MACC never congratulated whistleblowers such as Rafizi Ramli, Lim Kit Siang and Tony Pua?

Rafizi is a known felon. Last year alone he was convicted four times by a court of law, with one more expected; Lim Kit Siang is a known instigator who has made an about turn on U-Turn Mahathir; Tony Pua is just a loudmouth who fires away hoping something would hit.

Perhaps Mr Botox thinks that the MACC is pandering to UMNO and that UMNO controls the MACC.

Mr Botox being Mr Botox is not a bright person really.

At the launch of GERAH, the MACC had the media such as The Star and Malaysia Nanban as well as representatives from political parties like the DAP and the MIC.

Yes! The DAP was there in the form of the ADUN for Kota Shah Alam YB Ganapathy Rao a/l Veraman, while MIC was in the form of Vice President Datuk T Mohan. 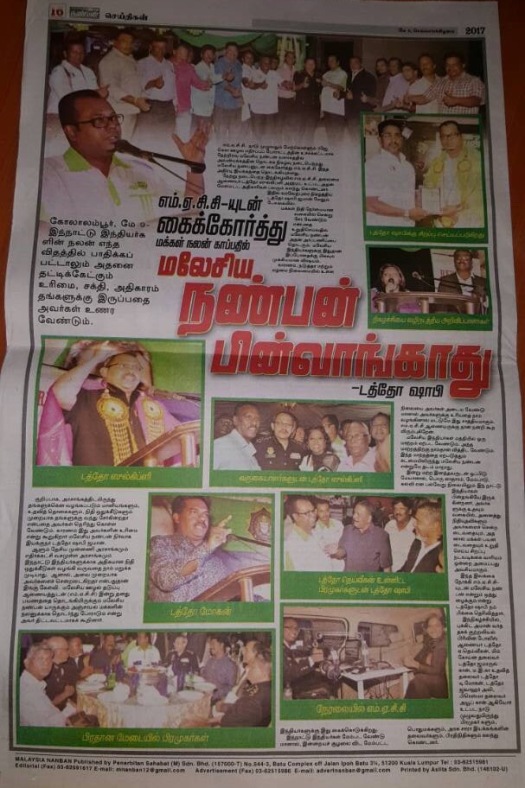 So Mr Botox’s attempt to villify the MACC has come to a nought.

The MACC is trying to be fair to all and it does not help its effort by having people like Mr Botox running them down.

Perhaps he should congratulate Lim Guan Eng’s effort to clear his name by delaying the corruption trial he is being charged for, or ask MACC to investigate the weird theft of the New Gen Party that has had its name changed by Botox and Mr Box Ezam.