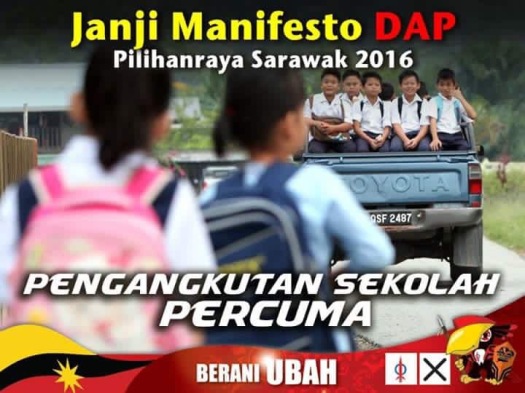 It seems giving things away for free is DAP’s way of making fools out if some voters.

Among the things promised to Sarawakians is to provide free transportation to school.

This reminds me of the same thing DAP promised to Penangites in 2011:

Penangites were delighted. Penang became the first state to provide free transportation for workers on both sides of the Penang Channel. Every single pro-Pakatan blog showered Lim Guan Eng’s administration with praises. DAP won Penang for a second term in 2013.

Now that the poorer Penangites no longer occupy the island because of rising costs of living, Lim Guan Eng could do as he pleases, just as he did with the land at Taman Manggis allocated for housing the poor. The BEST FIZ service he gave to voters to win the 2013 elections…well, fizzled. You can read more about it HERE.

It would be interesting to see how DAP plans to give free transportation say for example in this remote village in Sarawak I visited earlier this month: 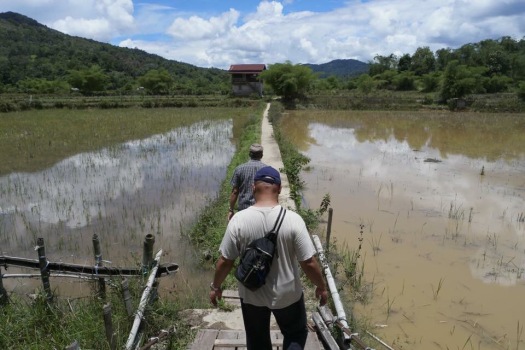 The distance from the farthest village to the school is about seven kilometers. Perhaps DAP people see Sarawak as a flat land as in the in-flight magazine’s map while flying to Sarawak.

DAP only has the urban voters in mind where a very small portion of the Sarawak Bumiputra would benefit from this.  And as Violet Yong, the DAP rep for Pending (a suburban area of Kuching) said in 2013, it is the voice for one race.

I would go with Adenan Satem’s manifesto for BN for being more people friendly, realistic and holistic – encompassing all races! So much for calling BN a racist party.