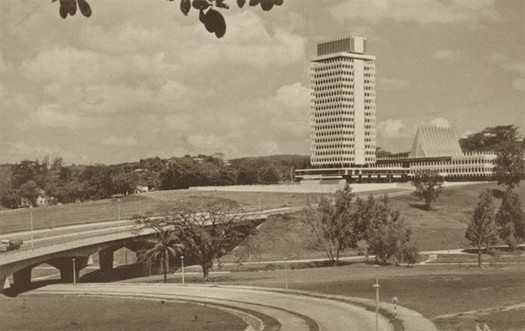 The Opposition (DAP, BERSIH, Pribumi) is just recycling old issues.  No matter if the issue raised had been clarified or debunked countless times before.  I did not include PAN in the parentheses because it would be ridiculous in my opinion to even consider it a political party given the cartoon characters that fills its ranks.  Not even BERSIH’s convoy in Penang could garner more than 50 supporters to join its convoy in that staunch Opposition state!  A sign of times, perhaps?  Issues like 1MDB is being played over and over again, especially by Mahathir’s Das Schwarze Korps but hardly gained any traction as people are bored of the same story being played repeatedly with goalposts changed to suit the message they try to send.

So, what should they do next?

Before the independence of Malaya in August 1957, there were three parties to the discussion on the subject of the independence.  They were the Malay Rulers of the Federated and Unfederated Malay States; the British who, by virtue of treaties signed with the Malay Rulers, helped administer their respective state; and the Alliance party (UMNO, MCA and MIC) who, by virtue of winning all but one seat in the 1955 General Elections was the de facto voice of the people of Malaya.  Save for Pulau Pinang and Melaka, the rest of the states in Malaya were NOT colonies of Great Britain.  Therefore, the discussion was about the transfer of administrative powers from the representatives of the Malay Rulers (the British) to a government formed through the elections by the people of Malaya.  31st August 1957 was an independence from feudalism, not colonialism. (Read SeaDemon: The Road to Merdeka – Whom Did the British Prefer?, 17 September 2011)

You must understand that while the Rulers retain some of their functions, the government is run by those elected by the rakyat. This was done to ensure that democracy in then-Malaya was not to do away with the Malay Rulers.  Therefore, Mahathir’s attempt to get the Rulers Institution to dismiss Najib Razak for someone else as the Prime Minister, there is nothing that any of the Rulers could democratically do.  The Rulers, although above the law, are not above the Federal Constitution.  Like with the British advisors, there is virtually nothing that the Rulers could do without the advise of the Prime Minister or the Menteris Besar to affect the state or Federal administration except in a few circumstances.

Article 43(2) of the Federal Constitution states that:

2) The Cabinet shall be appointed as follows, that is to say:

(a) The Yang di-Pertuan Agong shall first appoint as Perdana Menteri (Prime Minister) to preside over the Cabinet a member of the House of Representatives who in his judgment is likely to command the confidence of the majority of the members of that House; and

The Yang di-Pertuan Agong may act in his discretion in the performance of the following functions, that is to say:

(a) the appointment of a Prime Minister;

(b) the withholding of consent to a request for the dissolution of Parliament;

Although this, like other powers under the Constitution, is conferred nominally upon the Yang di-Pertuan Agong by virtue of his office as the Supreme Head of the Federation and is expressed to be exercisable if he is satisfied of a particular matter, his functions are those of a constitutional monarch and except on matters that do not concern the instant appeal, he does not exercise any of his functions under the Constitution on his own initiative but is required by Article 40(1) to act in accordance with the advice of the Cabinet. So when one finds in the Constitution itself or in a Federal law powers conferred upon the Yang di-Pertuan Agong that are expressed to be exercisable if he is of opinion or is satisfied that a particular state of affair exists or that particular action is necessary, the reference to his opinion or satisfaction is in reality a reference to the collective opinion or satisfaction of the members of the Cabinet, or the opinion or satisfaction of a particular Minister to whom the Cabinet have delegated their authority to give advice upon the matter in question.

Therefore, Constitutionally-speaking, the Prime Minister can only be replaced in only two circumstances:

So, why is Mahathir’s Schwarze Korps so eager in pushing the idea of the Rulers Institution being able to remove a Prime Minister?

The answer is: propaganda that only zombies would accept at face value.

I guess Mahathir’s interest in ousting Najib Razak is just so one of his Pribumis could be appointed as the Prime Minister. For that reason he is trying to make a pact with Anwar Ibrahim’s PKR. He knows that his lie about the powers of the Agong to remove Najib Razak will soon be debunked, and that it is just noise – no substance.  Therefore, he would need to work with PKR, DAP and jumpers from the BN to oust Najib Razak in accordance with Article 43(2)(a).

However, despite declaring that Muhyiddin would become the Prime Minister if the Opposition wins, we all know that the protem President of Parti Pribumi would never make it as the Prime Minister.  Muhyiddin has far too many baggages that would be easy to pick on.  His son Mukhriz is the favourite contender. He said so HERE.

Well Muhyiddin, you have been had! 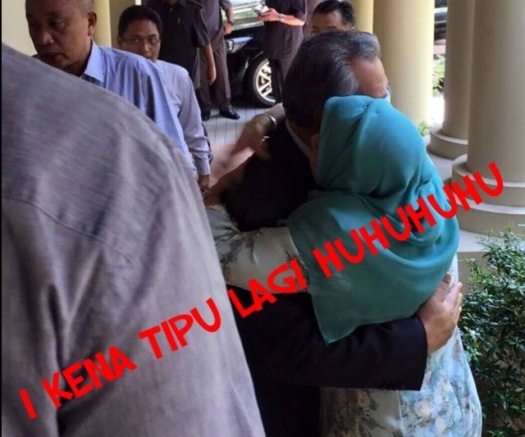