Of late, I am often spoilt for choice of political comedians. For example, there are several memes of Ahmad Maslan – the ‘Bingung‘ one was particularly funny. Then we have the riddle – What is a Takoyaki without balls?  The answer to that one is Sotong.

Then you have Marina Mahathir who today claimed that George Soros cares for human rights. 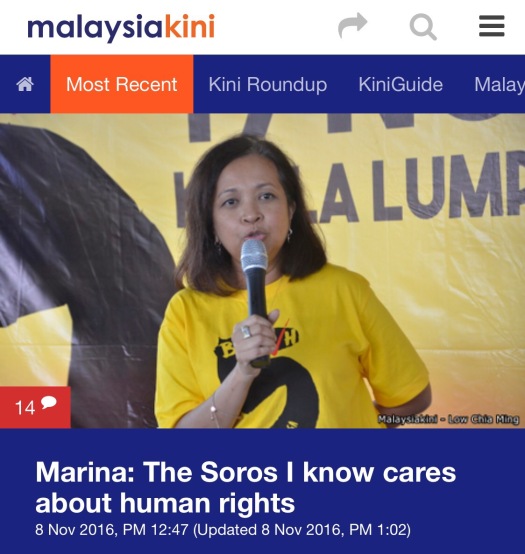 I am sure George Soros is philanthropic as well as humane. Therefore, I would agree to a certain point with Marina that Soros indeed cares for human rights.

In 1997-98, Soros the human rights defender went on a full frontal assault against the Malaysian Ringgit. Even Marina’s father agreed explicitly to this.

What Soros did was to try bring down old Mahathir whom during his premiership incarcerated his opponents without trial. In a Human Rights Watch reported dated some time in 2001, Mahathir was reported to have detained thousands without trial, and at the time of writing there were 105 ISA detainees in the Kamunting Detention Centre. 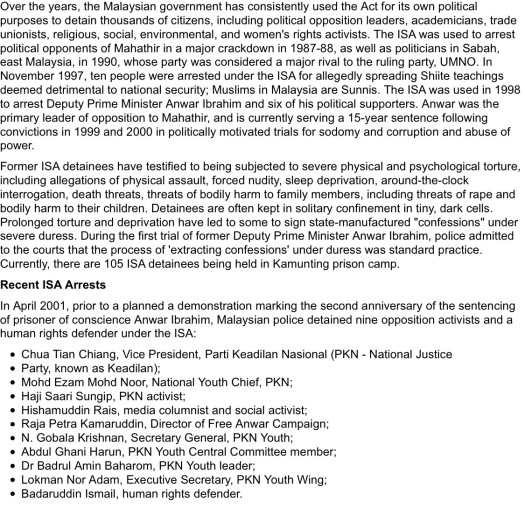 Soros is a very generous person. Through his Open Society Institute he had given generously to both the colour revolution in Eastern Europe as well as the Arab Springs of North Africa and the Middle East. Since then 65,000 people have been killed in Syria; 435,000 are internally displaced in Libya while 2.5 million have left the country through migration or by becoming refugees; about 2,000 died in Egypt. Soros has also been funding the Opposition and Opposition-friendly organisations such as BERSIH and Malaysiakini (where a director is also a former Soros employee) – perhaps for a Malaysia-spring.

I did not make those figures up the way Rafizi, Tony Pua and Syed Saddiq would. You can see them for yourselves HERE .

Therefore, you must also remember when Soros attacked the Asian financial systems in 1997 and 1998 he also caused the deaths of thousands in Asia – all died in misery after wallowing in mental pain and total despair.

So Marina, Soros is NOT a champion for human rights. He is just interested to see the world spins the way he wants it to – much like your father, only on a global scale. They both have their caprices.

Oh! If only you could now see my face all lit up with impish glee!