Raveentharan, a Georgetown-based lawyer who was dropped from the candidates’ list during the 13th General Elections quickly apologised to Muslims in Malaysia saying that he did not mean to offend Muslims and that his best friends are Muslims.

Raveentharan is not new to controversies. In 2009, two SMS messages were made viral, sent by an unknown alleging that he sodomised and physically abused his ex-wife.  In 2013, he was dropped from PKR’s list of candidates for the 13th General Elections in favour of T Jayabalan. 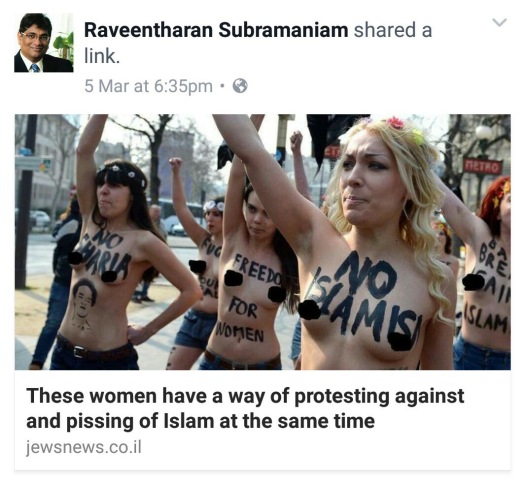 Suddenly Raventharan is not so brave anymore. And as for his apology, I leave that to you and for the authorities to decide.

I would like to see him charged in courts.

One Reply to “Not So Brave Now”