A major disaster strikes and the damage to infrastructure massive. Despite an overwhelming situation, friendly countries extend assistance through their military to rescue and treat injured survivors as well as provide humanitarian relief aid.

That was the scenario displayed during the opening ceremony of Exercise Aman Youyi 3/2016, conducted jointly by the Malaysian Armed Forces and the People’s Liberation Army of China at the Paya Indah Wetlands in Dengkil, Selangor.

The exercise uses humanitarian assistance and disaster relief as theme is conducted through Staff Exercise (STAFFEX) with the aim to establish a Standard Operating Procedure and enhance interoperability in the event of a disaster.

This exercise is another major development and an extension to the exercise by Prime Minister Dato’ Sri Mohd Najib bin Tun Abdul Razak to further enhance the 42-year old friendship between Malaysia and China last month.

In his speech General Haji Zulkifeli said that humanitarian assistance and disaster relief was adopted as the backdrop of the exercise because the Asia-Pacific region suffered approximately 160 disasters in 2015 resulting in 16,000 deaths and a loss of about USD45.1 billion.

Therefore the synchronisation of collective multinational measures will determine the efficiency and success of humanitarian assistance.

A total of 410 personnel are involved in this exercise namely 215 from Malaysia and 195 from China, with 10 observers from the Royal Thai Armed Forces. 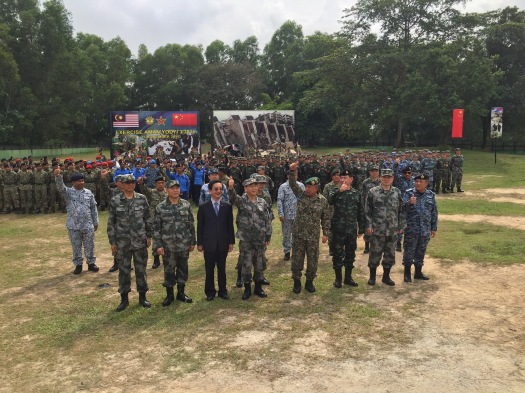